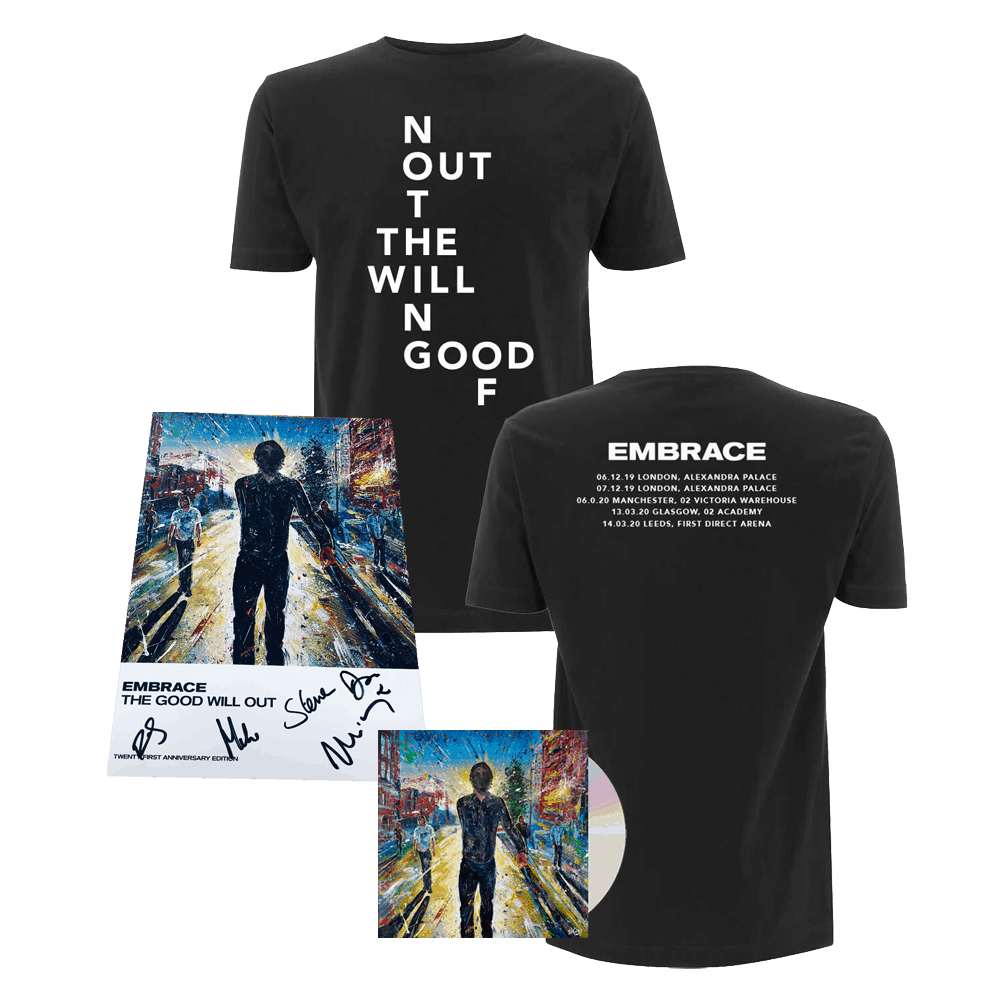 Signed 56 page full colour booklet with extensive and exclusive interviews with the band and their team about the making of the 1998 classic platinum selling debut album ‘The Good Will Out’.

Includes never-seen-before photographs from the band's own private collection.